The Story Of You 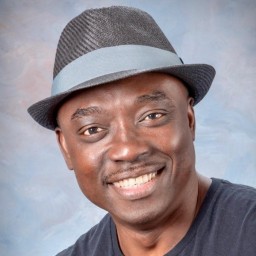 Dr. Pelè is a bestselling author, musician, and Founder of VelocityJam™, where members leverage a community of practice and detailed post analytics to turn their authentic social media content into high-value clients.

As bombs fell with thunderous claps, and bullets whizzed by outside our refugee village, my mother held me so tight, I could barely breathe.

After a torturous night of bloody war, when the first rays of light broke through the cloudy morning, we rummaged through the damage to look for hope, family, and food.

Every one of us has a defining moment, which seems to kick off our entire life’s story. For me, these were not only the earliest memories of my life, but were in fact, the defining moments of my life. I was barely three years old, a refugee child caught up in the brutal Biafran Civil War of 1967 – 1970. That war was a defining moment that determined the outcome of my life in so many ways I didn’t fully understand until recently. That war gave me my name, my artistic proclivity, and my dogged perseverance. It represents the beginning of ‘the story of me’, and is why today, I sing.

What for you is the defining moment that kicked off your life’s journey? What is the story of you?

First, let me tell you how my defining moment produced my name. During the Biafran war, there was a talented, young soccer player named Pele. At the time, he had already led his team—Brazil—to two resounding victories in the Soccer World Cup games. In 1970, he went on to lead his team to a third World Cup victory. It is arguable, even today, that he may have been the greatest soccer player of all time. His fame was so great, and his influence so powerful, that when he announced a desire to tour the world doing exhibition matches, the warring countries of Biafra and Nigeria decided to mutually stop the war for 2 days so they could watch him play soccer in their country’s national stadium! Imagine that! 48 hours where no one killed, dropped bombs, or fired bullets!

In the Igbo culture, it is customary to name a child along the lines of one’s own aspirations and hopes for the future. As such, when my father—Frank—returned from his PhD studies after the war, he promptly named me ‘Pele’, perhaps in hopes that the greatness of the soccer player would somehow rub off on his young son. By giving me such a unique and powerful name, my father was placing a marker on his own legacy.

I never became a soccer player, but my defining moment story powered a knack for creativity and artistic perseverance, which has manifested in so many different, wonderful ways. I’ve been blessed with multiple artistic talents for drawing, writing, teaching, and music. But of all the talents I’ve been blessed with, nothing has captured me so completely as music.

Second, let me tell you how my defining moment revealed to me the power of music. You see, during that war, my mother—Sabina—would comfort me with lighthearted songs about our search for food, sprinkling humor and satire into otherwise painful topics. While battling hunger, we would sing her songs of hope for hours and hours. This formed a powerful impression on me, and made a connection between the art of song and its deep relevance to pain, joy, and hope. For me, singing was the most natural expression for healing and motivation, and for fully being immersed in the moment of anything that one was experiencing.

Here is an example of one of my Mom’s songs:

When I think back to how I’ve lived an entire lifetime with music as my only constant and consistent companion, I am now no longer surprised at all regarding why I sing. Through her early example, my mother gave me a palette with which I could paint my emotions.

Fast forward to the present time, and I have been blessed to follow this music dream to it’s logical conclusion. As a musician, I’ve been fortunate to be a major label songwriter and producer, landing songs on the UK Top 40 and Billboard Top 50 charts. I’ve also been blessed to follow my passion for writing, teaching, and entrepreneurship to earn a PHD, write 4 books, and design and develop my own software, a learning community called Practicee.

Today, I sing because life has given me a vast, rich source of topics. While I no longer sing about food and the troubles of our refugee camp, I find myself drawn to singing about topics like personal motivation and discovery. I am deeply drawn to telling the story—as I see it—of the human condition. The story of me and you, unwitting travelers in today’s chaotic world. And it all started back when I watched my mother respond to bombs with bombast in her raps and songs.

But perhaps even more important than all of that, it’s YOU, the listener, that makes my artistic journey so purposeful. I remember with tears in my eyes how someone once told me that one of my songs, ‘Gettin’ Better’, had seen him through the pain of illness and a messy divorce. Another listener explained to me that whenever she needs to knock herself out of her own stressful thoughts, she listens to ‘I Got Happy’. It is stories like these that make my artistic journey worthwhile.

So, what is the story of you?

I look forward with gratitude to many more motivational, life-impacting experiences along this musical journey. I look forward to how your story develops alongside mine. More than ever, I am excited to take the story that life gives us, and shine a light on the hope and inspiration that always lies within it. Here’s to hoping that you are part of that journey.

If you’d like to hear the most recent milestone of that journey, click here to listen to my most recent album, ‘I Got Happy’.

Thank you for being a listener and for making this journey so worthwhile.

Dr. Pelè is a bestselling author, musician, and Founder of VelocityJam™, where members leverage a community of practice, feedback, and detailed post analytics to turn their authentic social media content into high-value clients.